Government and air transportation companies in Kuwait and Saudi Arabia were targeted in a recent attack tracked back to the Chafer APT.
Threatpost talks to Verizon DBIR co-author Gabriel Bassett about the top takeaways from this year's Data Breach Investigations Report.
Denial of Service (DoS), ransomware, and financially-motivated data breaches were the winners in this year's Verizon DBIR.
The sport of football is a multi-billion-pound global industry, where the world's top-drawer football clubs push competitive advantages to the extreme, not just for the prestige of winning trophies, as success on the pitch also means a greater slice of jaw-dropping TV, sponsorship and advertising revenues.

The key commodity in the football industry are football players, elite talent players command transfer fees up to 100 times their weight in gold and receive millions a year in wages.  Investing in recruiting the best football players increases the likelihood of winning matches, titles and lucrative financial rewards. The competition for success is especially fierce between Europe's largest football clubs. This is leading to ever-inflating player transfer fees and wages, rippling downwards throughout football's global pyramid of leagues, with many clubs gambling with financial outlays on recruiting player talent, in hope of achieving the financial rewards which success on the football pitch brings.

The Deloitte Football Money League illustrates the scale and growth in revenues at Europe's top tier clubs. Most of this revenue is acquired through participation in the UEFA Champions League (up to £150m), club sponsorship deals, and national league TV deals, especially the English Premier League, where clubs finishing in the top six positions are given around £150m a year. The number of bums on seats at stadia doesn't have the financial impact on a club's revenue stream as it once did. Success on the pitch is the greatest driver of a club's revenue, the new model of sustained success in football is recruiting and retaining the best squad of football players.

Such high stakes and large financial numbers are a recipe for pushing and bending football's rules, Real Madrid, Barcelona, Atletico Madrid, Liverpool, Chelsea and Manchester City have all been disciplined for breaking youth player recruitment rules. Football's rules are written and enforced by football’s various governing bodies, starting with country-level governance such as the English Premier League and The English Football Association (The FA), continental level governance such as Union of European Football Associations (UEFA) and finally the global football authority which is Fédération Internationale de Football Association (FIFA).
The Million Manchester City Pound Hack
As football players are the key elements of achieving success, most top tier clubs invest heavily to build intelligence on the best players to recruit. Clubs operate scouting networks on a global scale, utilising applications to gather and record statistical player data, and employ expert analysts to crunch those stats. All to determine which players they should target to improve their squad, when they should attempt to buy, and how much they should spend to achieve a maximum return on their investment. 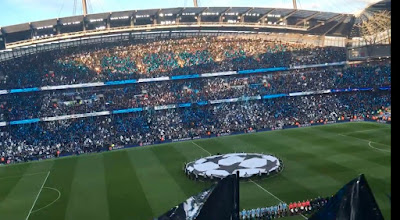 Manchester City have a rocky relationship with UEFA
The top two rivals competing for success in the English Premier League in recent years have been Manchester City and Liverpool football clubs, with both clubs winning several major titles. At the end of 2011/12 season, it was a different story, Manchester City had won the Premier League title while Liverpool finished in 8th position, outside of lucrative Champions League qualification and 47 points behind City.  At the end of this season, Liverpool 'poached' two of Manchester City's scouting and recruitment leads, Dave Fallows and Barry Hunter, as their head of scouting and chief scout respectively.  14 months after these appointments were made, Liverpool pay Manchester City £1 million as part of a confidential settlement, after it was alleged City’s cloud-based scouting application, Opta's Scout7, had been accessed by Liverpool FC staff on hundreds of occasions.  Whether this breach was 'assisted' by Manchester City not removing ex-employee access to their Scout7 app, or involved the hacking of City's accounts remains undisclosed. Player Scouting App Scout7
The Premier League were not informed about this incident and the settlement until September 2019, when they launched an investigation, but confirmed on 7th February 2020 it would not be bringing any charges.  An FA spokesperson said: “The FA carefully considered the evidence received in this matter, including information provided by both clubs involved, and has decided not to progress the investigation. This is due to a number of factors including the age of the alleged concerns and the settlement agreed by the two clubs involved.  As per standard protocol, should the FA receive further information or evidence, the decision not to progress the investigation may be reviewed.”

Since the hack there has been a major resurgence with Liverpool's success on the pitch, under their current manager Liverpool have spent £400 million on recruiting new players, creating arguably one of the strongest squads they have ever had. A squad which won the Champions League last season, while this season Liverpool stands to win the Premier League title for the first time in their history by some distance. The role of this alleged City hack in Liverpool's recent rise to the top can never be understood, a coincidence or not, most football pundits agree Liverpool's player recruitment in recent years has been first class.

As of 25th May 2018 such hacked data breaches are required to be disclosed to the UK's Information Commissioner's Office (ICO), and could theoretically cost Manchester City and perhaps Liverpool millions in fines under the recently updated UK Data Protection Act, which incorporates the European General Data Protection Regulation (GDPR). Given the Scout7 app holds the personal data of European players, and  GDPR fines can be up to 4% of global turnover, this means a potential ICO fine of up £20 million. And accessing or hacking into systems without permission is a criminal offence under the UK Computer Misuse Act. 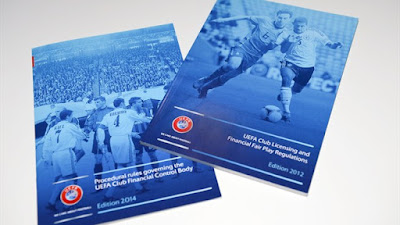 UEFA’s Financial Fair Play (FFP) rules
The revenue from missing two Champions League campaigns could cost the Manchester club around £300 million in total. The Premier League and the English FA are also investigating City on the back of the UEFA investigation, so could follow suit with their own FFP sanctions, with media speculating such investigations could result in City's relegation to England's bottom tier of professional football. Dropping to League Two could potentially cost the club around £1 billion in lost TV revenues alone.  However, Man.City quickly announced they will be challenging UEFA’s findings and disciplinary action through the Court of Arbitration for Sport (CAS), so it remains to be seen if those UEFA disciplinary sanctions will stand. City’s FFP woes all started with a hack of their email system, a hack which could ultimately cost the club over billion pounds.

Is Football 'Wikileaks' Ethical?
UEFA's investigation into City started with the club's hacked internal emails being disclosed to the media, by a hacker through a 'football leaks' website. On 5th November 2018, German magazine ‘Der Spiegel’ (The Mirror) published an article which claimed City and their sponsors had manipulated sponsorship contracts to circumvent UEFA FFP rules, inflating the value of their commercial income. The Spiegel article supported claims of FFP ‘wrongdoing’ by quoting extracts from senior Manchester City club officials stolen internal emails.

Portuguese resident Rui Pinto is alleged to be the hacker who successfully hacked into City's internal email system in 2015. Pinto was arrested and remains in prison awaiting trial on 90 different counts of hacking, sabotage and fraud. Pinto reportedly took 70 million documents and 3.4 terabytes of information from a string of football clubs and high profile players, releasing the data via the 'football leaks' website (https://footballleaks2015.wordpress.com/).

Pinto told Der Spiegel he was aware of the risks of his work and is quoted as saying “I initiated a spontaneous movement of revelations about the football industry”.  So depending on your viewpoint, and likely your football club loyalty, this 'Wikileaks for football' is either ethical on transparency grounds, or it should not be condoned given the information was obtained by illegal means.  Just like the actual Wikileaks, individual views will be polarised on the ethics of leaking private and confidential information into the public domain. Although given the tribal and competitive nature of most football fans, aside from Manchester City fans, most football fans are likely to agree the illegal method was justified. 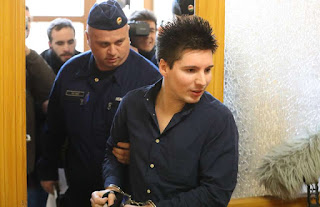 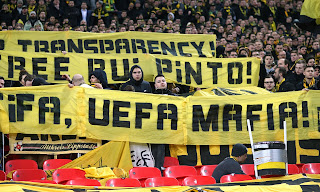 Rui Pinto, Criminal Hacker or Whistleblower?
It seems UEFA also agree with the illegal method used, as on the back of the Der Spiegel article and hacked emails, UEFA began its investigation into Manchester City on March 2019, stating “The investigation will focus on several alleged violations of FFP that were recently made public in various media outlets."

The 'Ethical' Legal Battle Ahead
When police authorities and prosecutors do not collect evidence using legal means in criminal trials, such evidence becomes inadmissible in court. Digital evidence not forensically acquired can also be challenged and dismissed. Hacked emails as text files can be easily doctored. For instance, in 2018 said key documents supporting rape claims against Cristiano Ronaldo, as obtained through the Football Leaks website, were subsequently dismissed by Ronaldo's lawyers as having been fabricated by hackers.

If all the other top tier football clubs had all their internal emails disclosed to the media and UEFA investigators, how many other clubs would be found to have bent or broken FFP rules as well?  There are many football fans deeply suspicious about the finances and commercial sponsorship deals at many of Europe’s elite football clubs.

The City email hack will have significant ramifications on the football industry, the power of UEFA and its enforcement of FFP will be tested. With millions at stake, Manchester City’s lawyers and UEFA will be fighting it out in the courts in the coming months, the ethics of using data leaks as evidence will be one of the key arguments

Let Him Who Is Without Sin Cast the First Stone
UEFA doesn’t exactly have a good track record on ethics either, former UEFA Chief Michel Platini was banned from all football activity for 8 years by FIFA’s Ethics Committee in 2015. In June 2019 Platini was questioned by Police in regards to his backing of Qatar's bid to host the 2020 World Cup, despite allegedly telling American officials he would be voting for the United States. Then there is the ethics of UEFA fining football clubs multi-millions for breaching FFP, while at the same time fining clubs in the low thousands for breaches of its racism rules.