Apricorn, the leading manufacturer of software-free, 256-bit AES XTS hardware-encrypted USB drives, today announced new findings from Freedom of Information (FoI) requests submitted to five government departments into the security of devices held by public sector employees. The Ministry of Justice (MoJ) lost 354 mobile phones, PCs, laptops and tablet devices in FY 2018/19 compared with 229 between 2017/2018. The number of lost laptops alone, has risen from 45 in 2016/17 to 101 in 2017/18 and up to 201 in 2018/2019, an increase of more than 400% in three years.

FoI requests were submitted to the MoJ, Ministry of Education (MoE), Ministry of Defence (MoD), NHS Digital and NHS England during September-November 2019. Of the five government departments contacted, three out of five government departments responded. The MoE also reported 91 devices lost or stolen in 2019, whilst NHS Digital have lost 35 to date in 2019.

“Whilst devices are easily misplaced, it’s concerning to see such vast numbers being lost and stolen, particularly given the fact these are government departments ultimately responsible for volumes of sensitive public data. A lost device can pose a significant risk to the government if it is not properly protected” said Jon Fielding, Managing Director, EMEA, Apricorn.

When questioned about the use of USB and other storage devices in the workplace, or when working remotely, all three departments confirmed that employees use USB devices. The MoJ added that all USB ports on laptops and desktops are restricted and can only be used when individuals have requested that the ports be unlocked. Each of the responding departments noted that all USB and storage devices are encrypted.

“Modern-day mobile working is designed to support the flexibility and efficiency increasingly required in 21st-century roles, but this also means that sensitive data is often stored on mobile and laptop devices. If a device that is not secured is lost and ends up in the wrong hands, the repercussions can be hugely detrimental, even more so with GDPR now in full force”, noted Fielding.

In a survey by Apricorn earlier this year, roughly a third (32%) of respondents said that their organisation had already experienced a data loss or breach as a direct result of mobile working and to add to this, 30% of respondents from organisations where the General Data Protection Regulation (GDPR) applies were concerned that mobile working is an area that will most likely cause them to be non-compliant.

All responding sectors did confirm that they have security policies in place that cover all mobile, storage and laptop devices.

“Knowing that these government departments have policies in place to protect sensitive data is somewhat reassuring, however, they need to be doing a lot more to avoid the risk of a data breach resulting from these lost devices. Corporately approved, hardware encrypted storage devices should be provided as standard. These should be whitelisted on the IT infrastructure, blocking access to all non-approved media. Should a device then ‘go missing’ the data cannot be accessed or used inappropriately” Fielding added.

About the FoI Requests
The research was conducted through Freedom of Information requests submitted through Whatdotheyknow.com. The requests, submitted between September and November 2019, along with the successful responses can be found at: https://www.whatdotheyknow.com/list/successful.

Ray Felch // Disclaimer: Be sure to use a faraday bag or cage before transmitting any data so you don’t accidentally break any laws by illegally transmitting on regulated frequencies. Additionally, intercepting and decrypting someone else’s data is illegal, so be careful when researching your traffic. Preface: Recently, I introduced myself to the world of […] 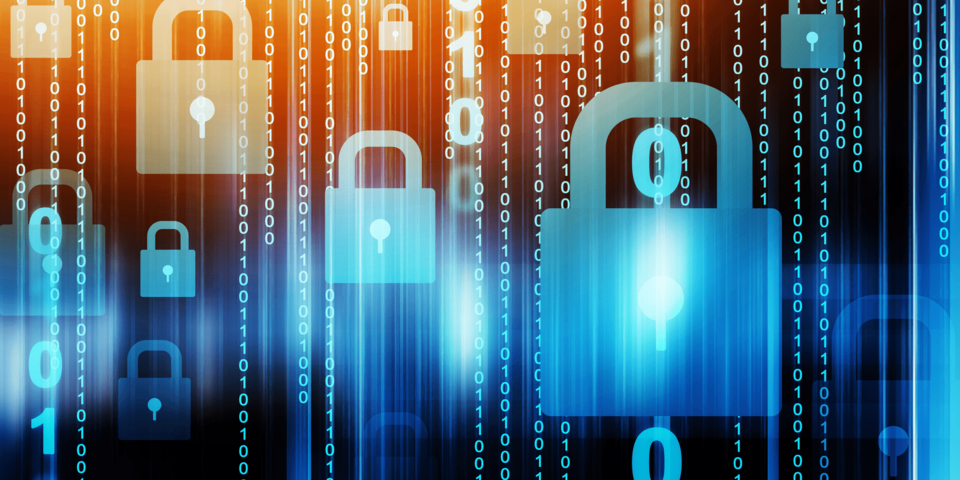 In an effort to help drive collaboration between security, development, and operations, improve speed to market, and ensure software is secure from the start, Optiv has released its new Software Assurance as-a-Service (SAaaS) offering. This program pairs Optiv’s consulting and security services with Veracode’s cloud-based, end-to-end application security solutions to give companies a programmatic approach to DevSecOps.

In today’s world, every company is a software company and, as a result, one of the top attack vectors for software-driven and supported organizations is the application. Just as development teams are increasingly integrating automated security into their workflows, security teams are looking for support to plan, build, and run strong application security programs that deliver on the overarching goals of the business.

Optiv SAaaS enables modern organizations of all sizes and maturity levels to take advantage of a highly scalable platform and seamless integration to build a customized AppSec program that delivers secure software faster. This offering can help companies empower their development and security teams, lower their security risk, and turn security into a competitive advantage.

What can go wrong if this command runs as root? Does it change anything if foo is a symbolic link to /etc/shadow? How is the output going to be used?

Depending on the answers to the questions above, accessing files this way could be a vulnerability. The vulnerability exists in syscalls that operate on file paths, such as open, rename, chmod, or exec. For a vulnerability to be present, part of the path has to be user controlled and the program that executes the syscall has to be run at a higher privilege level. In a potential exploit, the attacker can substitute the path for a symlink and create, remove, or execute a file. In many cases, it's possible for an attacker to create the symlink before the syscall is executed.

At Google, we have been working on a solution to find these potentially problematic issues at scale: PathAuditor. In this blog post we'll outline the problem and explain how you can avoid it in your code with PathAuditor.

However, the problem is that the user can race the kernel code and replace the “/tmp/user/controlled” with a symlink just between the two path resolutions.

A successful attack would look roughly like this:
Can we find such bugs via automated analysis? Well, yes and no. As shown in the tmpreaper example, exploiting these bugs can require some creativity and it depends on the context if they’re vulnerabilities in the first place. Automated analysis can uncover instances of this access pattern and will gather as much information as it can to help with further investigation. However, it will also naturally produce false positives.
We can’t tell if a call to open(/user/controlled, O_RDONLY) is a vulnerability without looking at the context. It depends on whether the contents are returned to the user or are used in some security sensitive way. A call to chmod(/user/controlled, mode) depending on the mode can be either a DoS or a privilege escalation. Accessing files in sticky directories (like /tmp) can become vulnerabilities if the attacker found an additional bug to delete arbitrary files.

To find issues like this at scale we wrote PathAuditor, a tool that monitors file accesses and logs potential vulnerabilities. PathAuditor is a shared library that can be loaded into processes using LD_PRELOAD. It then hooks all filesystem related libc functions and checks if the access is safe. For that, we traverse the path and check if any component could be replaced by an unprivileged user, for example if a directory is user-writable. If we detect such a pattern, we log it to syslog for manual analysis.

Here's how you can use it to find vulnerabilities in your code:
PathAuditor has proved successful at Google and we're excited to share it with the community. The project is still in the early stages and we are actively working on it. We look forward to hearing about any vulnerabilities you discover with the tool, and hope to see pull requests with further improvements.
Try out the PathAuditor tool here.
Marta Rożek was a Google Summer intern in 2019 and contributed to this blog and the PathAuditor tool

Cyber-attacks and cybercrimes are no more only about metro cities of India. In fact, cyber criminals are quick to shift their attention to smaller cities, owing to the fact that people/businesses in smaller cities are less familiar with the need or importance of cyber security. This makes it easier for…

How can people who didn’t grow up with technology protect themselves against some of the most common types of online fraud?