Federal agents advise the city not to pay ransomware because paying will not be an assurance of the solution to the city’s problem – The city then refuses to pay ransom to cybercriminals.

Following the attack, the city hired Secureworks, a Dell subsidiary, who has emerged as an early authority on the cyber-criminal group, “Gold Lowell.” That group is being blamed for a rash of cyber-attacks involving a variant of SamSam, the type of ransomware that struck Atlanta.
The total cost of the attack has yet to be calculated. But emergency contracts posted on the city’s procurement website have a combined not-to-exceed amount of about $5 million – Said Chief Operating Officer, Richard Cox.
The City is ongoing recovery from a ransomware cyber-attack – the municipal court is the only department whose computers haven’t been brought back online. “We are in testing right now,” Cox said, adding that he expects them to be operational in about 10 days.

The other accident took place in ROSEBURG, Ore – The Roseburg Public School's computer system suffered a ransomware attack happened earlier this month, freezing access to the district's email system, website and business and accounting software.
District officials say employee information was not accessed, but they don't know how much data they'll be able to get back.
"They don't hold out a lot of hope that they will be able to prosecute them, and they made it very clear to us that they couldn't help us recover our data," said Gerry Washburn, the Roseburg Schools Superintendent.
The FBI advised the district not to pay the ransom to recover the data. The district regained access to its email this week and plans to have to website back up as early as next week.
The Federal Bureau of Investigation (FBI) is now investigating the incident. 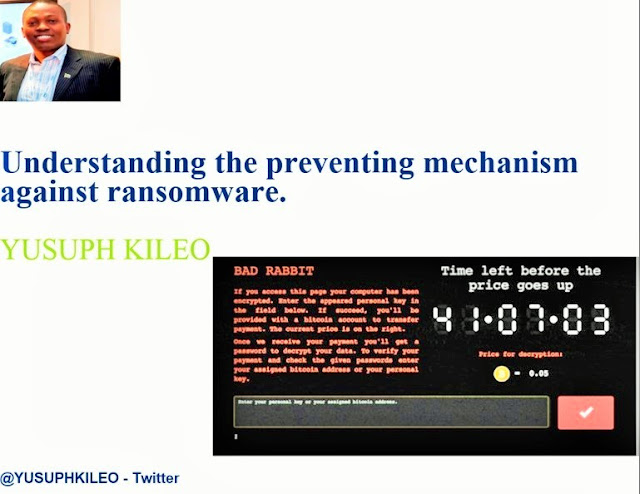 ADVISE: IMPROVING CYBERSECURITY.
There are number of things one can put in place in the name of improving cybersecurity – I will emphasize on three among many as follows.
Regularly update your operating system
Your operating system or OS is central command for your desktop, laptop, or smartphone. It’s the Captain Kirk of your devices. Unsurprisingly, it’s a prime target for hackers. Access to your OS means cyberthieves “have the conn” to your computer. They can download, install, and otherwise exploit your workstations. Taking control is how hackers steal your data.
Regularly updating your OS applies critical security fixes to your Windows, Mac, or Linux software. Make your work life easier by setting up automatic updates to your OS. With this simple adjustment to your work habits, you’ll “boldly go where no one has gone before” with your cybersecurity skills.
Get antivirus software – From reputable sources.
You can do the most to protect your employer by installing antivirus software, which protects work devices from phishing emails, spyware, botnets, and other harmful malware. But first, talk to your employer about getting comprehensive cybersecurity solution. For your personal devices, consider getting your own antivirus software. Most major antivirus brands offer free downloads of basic plans.
Just like any of your work projects, cybersecurity is a team effort that needs everyone to contribute. These five cybersecurity tips for the workplace are just a jumping-off point for your overall improvement. You now have the basics covered. Expand your cybersecurity arsenal with additional cybersecurity tips and online resources. Make sure you’re doing your part and everyone at work will benefit

Back up your data regularly
Ransomware is on the rise, affecting businesses of every size and type. Enterprising cybercriminals hack into computers, encrypt the data inside, and hold it for ransom. It’s a lucrative practice that costs employers millions every year. But regularly backing up your employer’s data takes away the profit incentive.
Use both a physical and cloud-based drive for backups. If one drive is hacked, you’ll have the other available. Most backups to the cloud sync your data automatically and let you choose which folders to upload. Talk with your employer about which files need to be backed up and which can remain locally stored. Set up a regular maintenance schedule to review your backup plans.

#Infosec :I took part to the concluded #CyFyAfrica where I spoke on new #Cybercrime Wave -I mentioned challenges we face and how we can mitigate #cyberthreats
-Sadly, my ayes was not Okay but that was not a reason for me not to take part
The Conference was indeed very productive pic.twitter.com/zDlDwLGVGi
— YUSUPH KILEO (@YUSUPHKILEO) May 13, 2018

#Infosec :I took part to the concluded #Cybrsecurity meeting in #KENYA where I spoke on a number of issues related to #Cybercrime
I provided a clear road-map in mitigating #cyberthreats
The meeting was indeed very productive
I look forwards to @SA_CyberLaw conference next week pic.twitter.com/OUo5fAb5ON
— YUSUPH KILEO (@YUSUPHKILEO) May 18, 2018 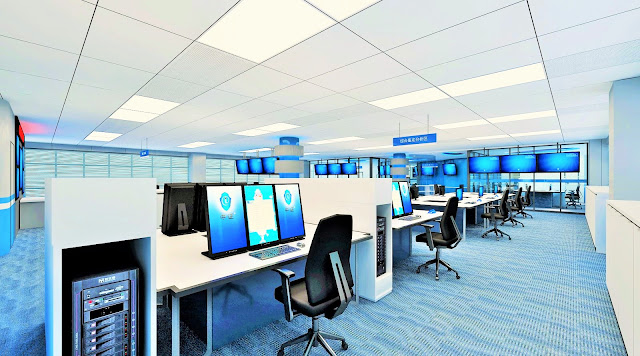 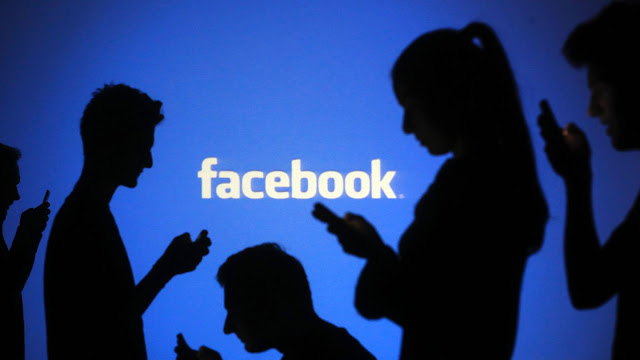 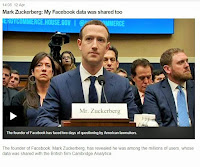 The biggest collection of groups banned were those promoting the sale and use of stolen credit and debit card accounts, and the next largest collection of groups included those facilitating takeovers for online accounts such Amazon, Google, Netflix, and PayPal.
A Google search still pulls up a few public Facebook posts that offer to sell personal details including credit card numbers.
Hackers have advertised databases of private information on the social platform and that Facebook has held stolen identities and social security numbers for years.
It is reported, at least some of the data in these posts appeared real and it was confirmed the first four digits of the social security numbers, names, addresses, and dates of birth for four people whose data appears in a post from July 2014.
Tech companies are under intense scrutiny about how they protect customer data after Facebook was embroiled in a huge scandal where millions of users’ data were improperly accessed by a political consultancy.
KEEP PERSONAL INFORMATION SAFE ON SOCIAL MEDIA 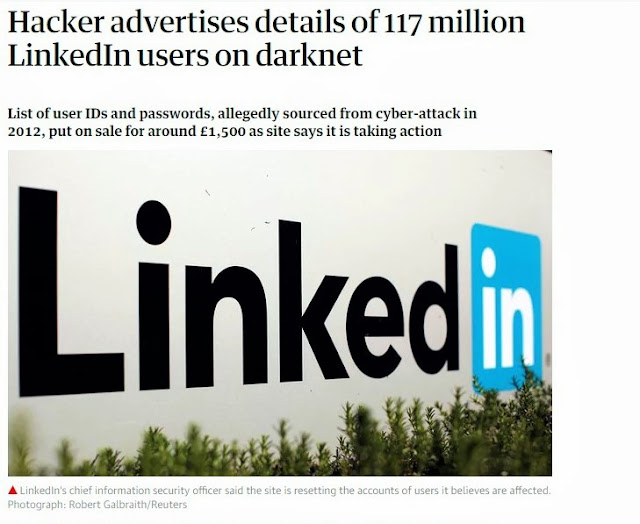 The big question most people asks – Who is responsible to protect one’s privacy? It should be known that everyone is responsible to protect his/her own privacy.
How do you do that?
Treat the “about me” fields as optional.
Know the people you friend.
Become a master of privacy settings.
Create strong, private passwords.
Create and use an “off-limits” list.
Always log out when you’re done.
Limit/ deny access to third-part applications.
Get Alerts on Suspicious Activity.

#FacebookSaga - Many Initiatives have been taken to protect personal information/Data. #DataProtection #Infosec - A big Question is, Are Individuals aware of their responsibility to keep their personal data protected?@cyberawaregov More needs to be done #Cybersecurity#GDPR pic.twitter.com/aQyh2tP9Cw
— YUSUPH KILEO (@YUSUPHKILEO) April 16, 2018

FACEBOOK F8 DEVELOPER CONFERENCE
It is shaping up to be the biggest Facebook event ever, with 5,000 developers flying in from around the world. They will hear exciting news about the company's plans to advance on many fronts, from artificial intelligence to virtual reality.
They'll also get the chance to interact with the senior team, and to find out how they can profit from this very powerful platform.
Last year, Mark Zuckerberg filled his F8 keynote speech with cool demos about augmented reality – This year's F8, he said he is going to share more about the work Facebook is doing to keep people safe, and to keep building services to help individuals connect in more meaningful ways. 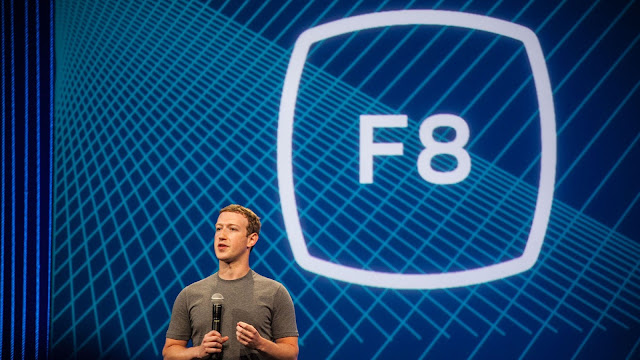